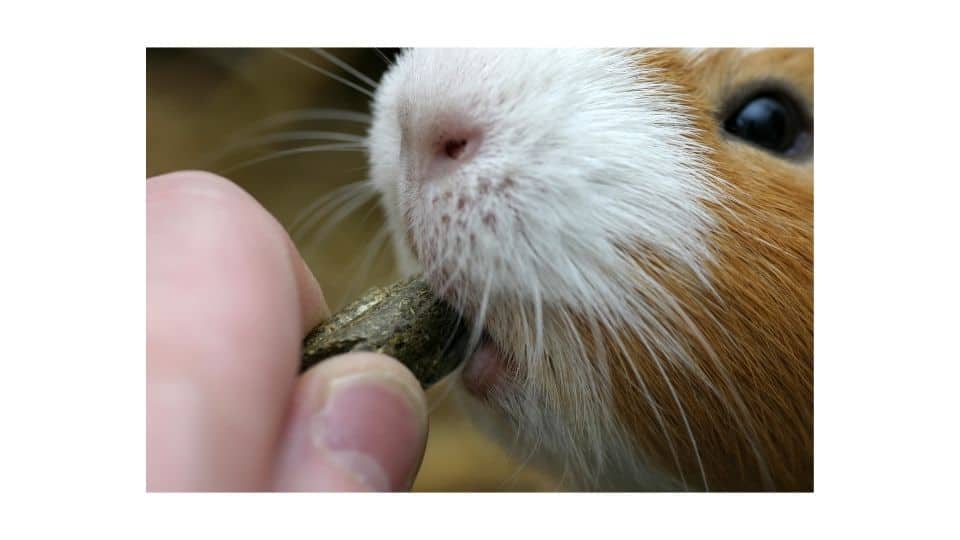 Biting can be one of the behavioral experience you may get when you own a guinea pig as a pet. He may nibble you due to various reasons, intentional as well as unintentional, but it hurts.

You may not like to be nibbled by your pet even if you like him very much. To find a possible solution I have searched online to find the reasons for being nibbled by my pet guinea pig and what to do when I am nibbled by it. The information thus collected is shared through this write-up to help people like me.

Reasons to be Nibbled by a Guinea Pig

If you admit that your guinea pig nibbles you then it can be due to various reasons. These reasons can be unintentional as well as intentional.

An insecure stressed the irritated or threatening feeling can be the main reasons for their nibbling. He can also nibble you when you interrupt them while defecating or eating, not giving him adequate space, cornering him, or trying to handle him.

In fact, most of the guinea pigs like to feel safe and do not like to be carried around the home. Their sense of insecurity increase when you lift their feet in the air.

Actually, guinea pigs use their teeth to experience the world at large. They may nibble you to show their affection or to find something to eat. T

hey also try to communicate with you by nibbling and biting as they bite each other while playing. Some of the interpretations of nibbling by guinea pigs are briefly described hereunder for your consideration

When they are scared:

When exposed to loud sounds guinea pigs get scared easily and start to shiver. They can get frightened even by loud clapping, thunder, or vacuum and want to feel safe by hiding themselves into their burrow or some other hide.

They can also be afraid of mishandling or being abused by humans. They can nibble you if you look like their abuser. So a guinea pig can nibble his owner due to increased fear and stress.

Like several other animals, in the wild guinea pigs like to groom each other by digging their fur with their teeth. It helps them in removing irritating objects, dirt and debris stuck into the fur of their companion.

So, when you own him then he will show his affection by grooming you when you are taking care of him. When he nibbles you then he may be hurting you as you do not have fur like him but his intention can be to make you feel comfortable and clean.

When they are hungry:

Guinea pigs like to eat food. He can bite on your hands if there is some food like smell. He can also bite your fingers accidentally or due to excitement when you are feeding him some treat. So while handling the food on your guinea pigs you must be careful as they may bite you any time

If your guinea pig is hurt even then he may nibble you. He can get hurt if you handle him wrongly, he feels uncomfortable when you handle him for a long or you pat on his sensitive parts.

So to avoid being nibbled you must make him feel safe by supporting him properly. He can get stressed if you disturb him while defecating as he likes to do in private

Due to behavioral reasons:

Your guinea pig can bite you if he has been raised in an environment where social behavior is not encouraged. He can also bite you if you have picked him up when he was eating something or playing as he wants you to leave him and let him enjoy what he was doing. Thus by nibbling you your guinea pig wants to tell you about his intentions

What to do if you are nibbled by your guinea pig?

When your guinea pig bites or nibbles you then you should, first of all, prevent infection by washing the wound with water and soap.

Then you should apply some anti-microbial ointment it to avoid bacterial infection and heal the wound fast. You can use a clean cloth or bandage and apply pressure on the wound for 5-10 minutes if your wound is bleeding. It will stop bleeding and help in quick healing of the wound.