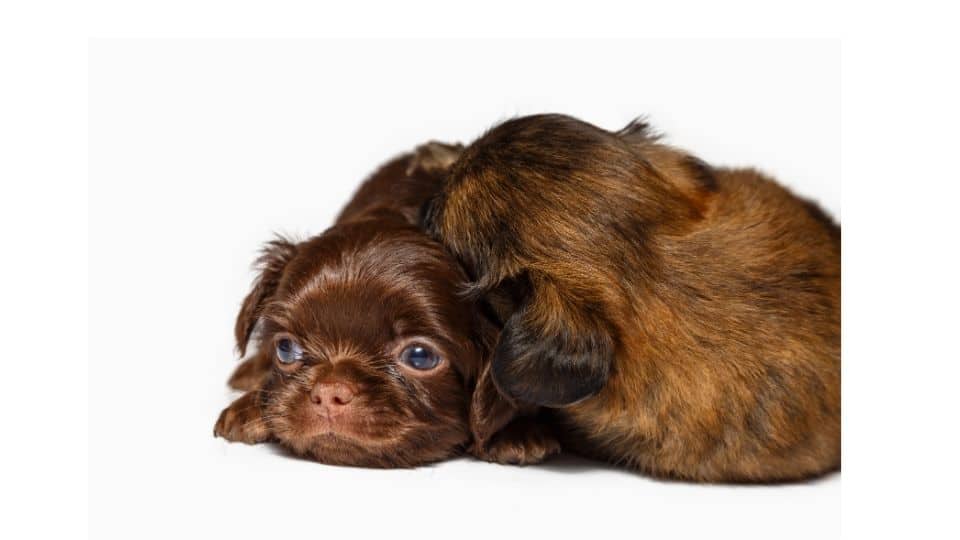 The chihuahua is the smallest recognized breed of dog. They are cute dogs with a huge love of life. These are dogs with small bodies hiding big personalities.

Their sheer exuberance makes them a popular pet and equally irresistible to both women and men. There is little concrete proof of the origins of chihuahuas.

They certainly are an old breed of dog, native to Mexico, and named for the state of Chihuahua. It is thought that they were first bred by the Mayans, then adopted by the Toltecs as a domestic pet.

Later, the Aztecs followed the Toltecs in using the dog in religious ceremonies. This religious connection led to the little dog being treated as sacred.

Chihuahuas are lively, playful, and affectionate. They are good in a household with children but not small children. Chihuahuas are happy living with other dogs of the same breed.

In short, Chihuahuas can have 1-3 puppies at one time, however, occasionally they can have more puppies in their litter.

As they are bursting with energy, they do need to be exercised regularly although not excessively. Chihuahuas love to be groomed and love to be spoiled.

Although they are tiny, they don’t seem to know it. They can be bold, noisy, stubborn watchdogs who bark incessantly if they feel there is a threat to their home.

Their loyalty to their owner is one of their most attractive features. Usually, chihuahuas grow to between 6 and 10 inches in height and weigh in at between 2 and 4 pounds.

Occasionally, a dog might reach 6 pounds but no heavier. They can be either short-haired or long-haired. The range of colors is wide, and includes black, white, fawn, red, silver, chocolate, and spotted

See also  Why is My Dog Obsessed With Me

How many puppies can a chihuahua have?

Chihuahuas are small dogs so it is not surprising that they have small litters of puppies. Most litters will comprise 1, 2 or 3 puppies. Occasionally, you may encounter a larger litter.

The largest known in recent years was a litter of 10 puppies born to a British chihuahua. Such a big litter is very much the exception.

What are the factors that determine the size of a chihuahua litter? There are several things that will influence the size of the litter.

How to know if a Chihuahua is Pregnant

A word of warning is appropriate at this point. A chihuahua is such a small dog that if your female mates with a dog from a physically larger breed, she may not be able to deliver the puppies safely.

When your chihuahua female is on heat, keep a vigilant watch over her. Keep her indoors and away from other dogs. A male dog can sense a female in heat from miles away, and they can be relentless in their pursuit

See also  When Do Blue Heelers Calm Down?

! If your female has mated with a suitable male chihuahua, then the gestation period will last about 63 days. If you are not sure whether she is pregnant, look out for these signs:

It is important to keep a watchful eye on your female chihuahua when she is pregnant and be alrert for anything unusual. Should you have cause for worry, consult your vet immediately

Once the puppies are born, maintain your watchfulness. The puppies will be with their mother for at least two months. Any problems need to be spotted early so that appropriate action can be taken.

If the pregnancy was planned, you may well have buyers lined up. An accidental pregnancy could mean unwanted puppies that need re-homing. Be sure to act responsibly when finding a puppy a new home.