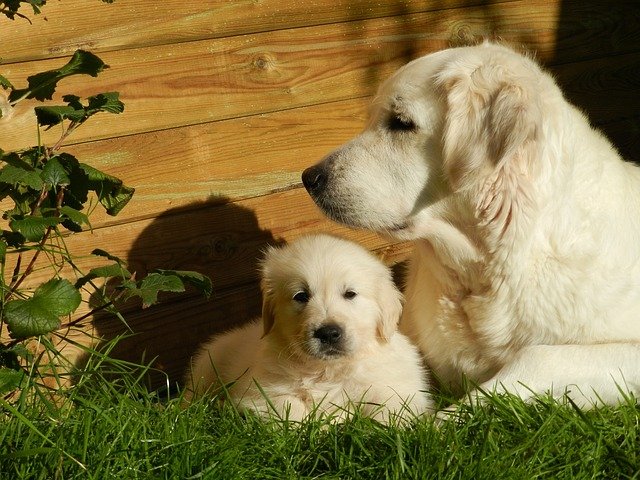 Puppies can leave their mother at six weeks, but this not always a wise idea. Many people take a six-week puppy away from the mother, assuming that it can eat solid food since it has started weaning.

While it is not common for dog breeders to remove puppies from the mothers, few people do so. These are mostly backyard breeders who want to make more and quick profit.

They sell or give away the puppies to avoid buying the food for them. A puppy may be left alone when both the mother and the other puppies in the litter have died. In this case, there is no other viable option. The puppy is taken and fed with milk and weaned.

Reasons Why You Should Not Take Puppies from Their Mother

See also  Why Do Chihuahuas Bark so Much

It May Lead to Biting and Barking in Later Life

Puppies are taught by their mother how to interpret signs and behaviors from other dogs. They are also taught about bite inhibition.

There is a difference between biting for defense and biting for fun. Mother dogs show their puppies how to bite another dog in a friendly or hostile way.

Taking away the little puppy before it has been taught will lead to problems like barking, biting people, and other dogs.

When puppies leave their mothers too early, they grow to perceive other dog’s actions as threats to them. Such puppies tend to be aggressive, hostile, like to guard food, and bark a lot.

Adjusting to the New Environment Won’t Be Easy

A puppy taken from the mother before it’s the right time is likely to have difficulty adjusting to the new environment and conditions.

It can interact with the mother and other puppies to learn more and socialize at this young age. For instance; It’s in this time when puppies learn about painful and playful biting.

Keep in mind that this is also when the puppy transitions from depending on mothers’ milk to solid food. Changing the environment at this age is not the best idea for your puppy. It will have a hard time changing to a new lifestyle.

The Puppy May Be Malnourished

The mother’s milk has all the nutrients that a puppy needs to remain strong. The milk is also readily available at the right temperatures. At around four to five weeks, solid food is introduced, but the puppy still depends on the mother’s milk.

See also  How Many Puppies do Siberian Huskies Have?

Taking the puppy away from the mother means giving it food or milk from other sources. Unfortunately, no food you give your puppy will have all the nutrients and exact temperatures like the mother’s milk.

Moreover, the puppy’s stomach is not used to solid foods, and thus there is a chance it may have discomfort. All these may lead to deterioration of the puppy’s wellbeing.

But when you wait until the 8th to 12th week, the puppy will have fully transformed from the mother’s milk to solid food.

Potty Training will Not Be Easy.

At six weeks, the puppy’s brain, bowels, and bladders are not fully mature. This means you will have a hard time training it to relieve itself outside.

It is likely to mess your coaches and bed inside the house. An eight-week-old puppy has mature bladders and bowels, and training them will be a lot easier.

Whenever removing a puppy from the mother and the litter, ensure it is at least eight weeks. After all, you don’t want a weak puppy whose health is already compromised.

Another essential thing to do is to be sure your home is ready to receive a new puppy and help it transition smoothly to the new environment. Otherwise, you will encounter challenges, and a lot of things are likely to go wrong.

See also  Why are pugs so cute?