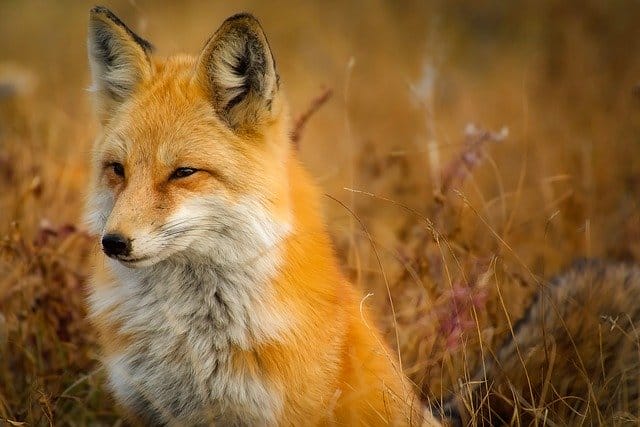 It’s an age-old question but can foxes breed with dogs? I’m sure you’ve heard of various accounts of dog fox hybrids and maybe your neighbor has told you that their dog is a fox dog hybrid. Is it possible to breed the two and come up with a hybrid? Well, we’ll answer just that in this article.

Genetically speaking, foxes and domestic dogs are not capable of breeding. They are in different genetic classifications and in simple terms, their genetic pairings are not compatible.

It’s impossible for them to produce offspring. On the off chance that this might happen, the offspring will most likely live to full adulthood or if they do, they will be infertile.

Having said that though, there are some historical instances where successful cross-breeding has apparently taken place with reported high mortality rates of the resultant offspring. Most of the records are from the nineteenth century when it was common practice for zoologists to crossbreed different species.

These accounts seem reputable because they came from the heads of these zoos and spread, over a number of years throughout different locations.

As recent as 1932, there were recorded successes of dog and fox breeding. This apparently happened at Hellabrunn Zoo in Munich, Germany.

Apparently, they were able to breed a male Fox and a female Spitz. An account of this and others can be found on the Macro Evolution Website.

Some people have dismissed the website as nothing but conspiracy theories and a bunch of
hogwash but I think it’s an interesting read.

See also  Why does my dog howl when I howl

Canid hybrids are the result of the interbreeding of different species within the wider dog family. ‘This doesn’t imply that all members of the dog family can successfully mate and produce offspring.

There are genetic considerations that need to be looked into. There are 2 major classifications within the wider dog family namely the Genus Canis and the Canidae.

The Genus Canis include dogs, wolves, dingoes, jackals, and coyotes. The Canidae include foxes, wild dogs, and racoon dogs. Members of each classification can breed with each other but not with members of the other classification.

As you can see, dogs and foxes fall under different classifications hence cannot interbreed. In the rare case that they do breed, the offspring will either die prematurely or be infertile if they reach adulthood.

That’s where we get the term canid hybrids. Hybrids between certain species are considered illegal in some areas and these hybrids, were they to happen, should be kept in cages and classified as wild animals. This is usually the case when a domestic dog mates with a wild member of the genus Canis classification. 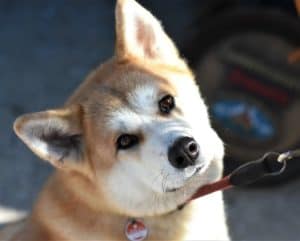 Now, let’s talk about your neighbor Jennifer who claims that her dog is a cross between a dog and a fox. Her dog could possibly be one of fifteen breeds that look a little or a lot like foxes.

The Spitz is the most common dog that looks like a fox. There are many different Spitz breeds which include the Shib Inu and Akita Inu Japanese Spritz breeds.

The Finnish Spitz also strongly resembles a fox and it’s understandable why some of their owners like Jennifer can confuse them for foxes.

These strong fox-like features can also be the reason that some of the unsubstantiated reports of successful breeding of foxes and spitzes come from. The Welsh Corgi is another dog breed that has features that strongly resemble that of a fox.

The ears, though smaller than a fox as well as the red and white fur can have you mistake it for a fox. Its stocky frame though is the biggest giveaway.

The Volpino Italiano is another dog that has strong fox-like features which include its bushy tail. Unlike the fox though, it has a single color fur which is usually white.

Conclusion on can a fox mate with a dog

Can foxes breed with dogs? The answer to that has to be a resounding no. Though there is much speculation, there is no real evidence to suggest that the two are able to breed.

Their genetic makeup makes it impossible to produce any children. If by some freak accident of nature this were to happen, the offspring will have a very short lifespan or will be infertile. If it were possible, it will most likely happen under controlled circumstances and not in nature.